EIA put out a timely reminder of the big picture for US oil. There has never been more proved reserves or production: 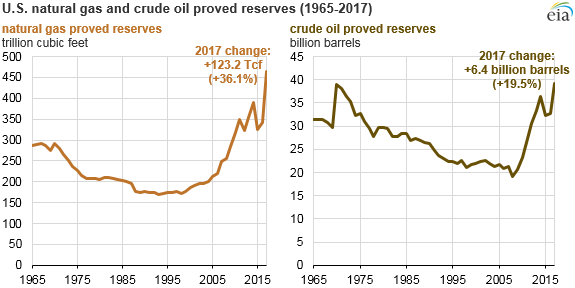 A big part of this is the economics of shale oil.

A typical oil well has economics that looks something like this: Basically, oil wells lose money for years, then become incredibly cashflow positive before tapering off over the final years. 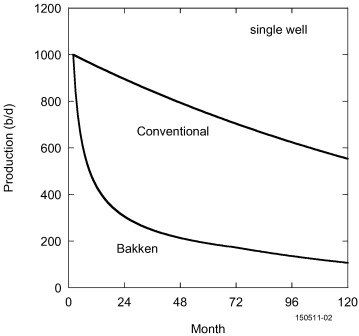 A first, the huge declines in production for shale wells seem like a negative. But from an investment perspective, the declines are a huge positive – i.e. if you knew you would get 10m barrels of oil from a well over ten years, would you prefer (a) 1m barrels per year or (b) 8m barrels in the first 2 years and 0.25m barrels for the next 8 years? Investors will take option (b) every time as you get your money back sooner.

The chart below shows how the production “spike” is growing as fracking technology improves: 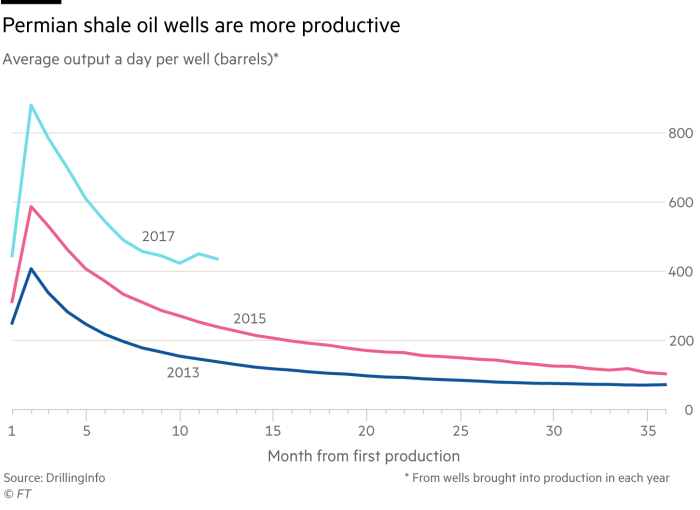 The next major innovation is the financing side. When you are building a conventional well with a 50-year lifespan, you can’t hedge your production as there are very few investors willing to take on such long-dated risk.

However, for a shale well that gets most of its investment back in a few years, it is possible to hedge your cashflows. So, the investment profile turns into:

This means that the forward oil price is now much more important – if you can hedge 2-5 years of production in order to pay your debt holders then it is much easier to get enough money to drill the oil well. Twenty years ago the two or even five-year forward oil price made little difference to an oil producers decision about whether to invest. I am arguing that today these prices are much more important to the future of production.

And at current levels, the forward oil price doesn’t seem to be low enough to slow US production:

Damien Klassen is Head of Investments at the Macrobusiness Fund, which is powered by Nucleus Wealth.