The shoe is on the other foot for a change with a Chinese company (recently listed Contemporary Amperex Technology – the world’s largest EV battery manufacturer) announcing a new factory in Germany yesterday. From Bloomberg:

CATL and the state of Thueringia in central Germany Monday announced a plan to build a 16-gigawatt lithium-ion plant close to the region’s capital Erfurt. … CATL’s decision to choose Germany for its first battery factory outside China is a chance to bring electric mobility “faster to the roads,” said the Frankfurt-based VDMA machine makers federation. CATL picked Germany to be close to the production centers of BMW AG, Volkswagen AG and Daimler AG

It seems more and more likely that China will push battery technology hard with state support – and as the world’s largest importer of oil, it makes sense for China to do so. If this happens, we could see a similar outcome to solar power where cheap Chinese solar cells effectively drove manufacturers from other countries out of business.  Bloomberg concurs:

A push by the EU Commission to create an “Airbus” of battery-cell production — meaning participation from multiple trade bloc states — has stalled, mainly on expectations that Asian rivals are better positioned to lower the costs of a commodity product like battery cells.

My rough numbers suggest that the tipping point is fast approaching: 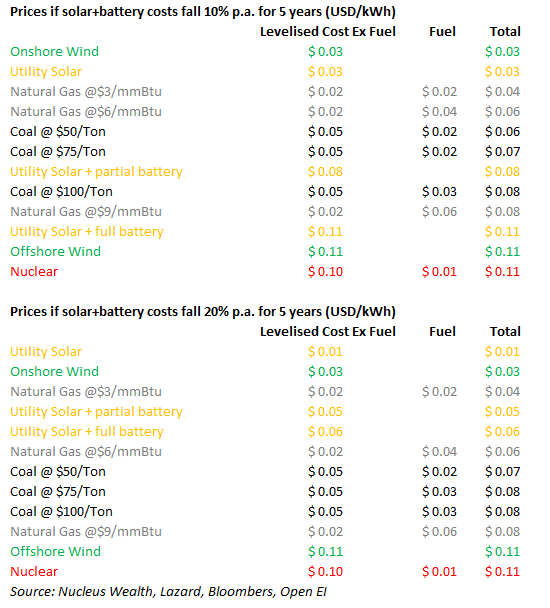