The new look US Department of Energy released a big report last week on the power industry. As a reminder this is the report commissioned by the new Secretary of Energy, Rick Perry, who seemed as if he had already written the conclusion that “coal was king” and was just looking for someone to come up with something vaguely plausible to support his view when he wrote the terms:

“regulatory burdens introduced by previous administrations that were designed to decrease coal-fired power generation. Such policies have destroyed jobs and economic growth, and the threatened to undercut the performance of the grid well into the future”

The good news for the coal lobby is that a report designed to “to exercise foresight to help ensure a system that is reliable, resilient, and affordable long into the future” contains the phrase “climate change” zero times.

The leaked version of the report (before it had been sent to Perry for grooming) was pretty direct about: (a) coal being a victim of low gas prices, (b) renewable subsidies being relatively marginal in closing down coal plants and (c) retirement of coal plants hadn’t affected reliability and that the power mix was more diverse than ever.

The official version of the report was a lot softer on (c) in particular, and so some of Perry’s overall conclusions designed to help the coal industry are contradicted by the detail of the report. Not that I think that the contradictions will bother Perry or Trump overly, but it does show that whatever short term benefit the coal industry may get from Trump, it will likely be quickly reversed once reality matters.

We have looked at grid power vs solar and batteries a few times recently (see here and here in particular), and there was nothing ground-breakingly new in this latest report to suggest issues with any of our analysis.

I have included a bunch of the more interesting charts from the report below, noting that the comments in the yellow boxes and texta marks are mine: 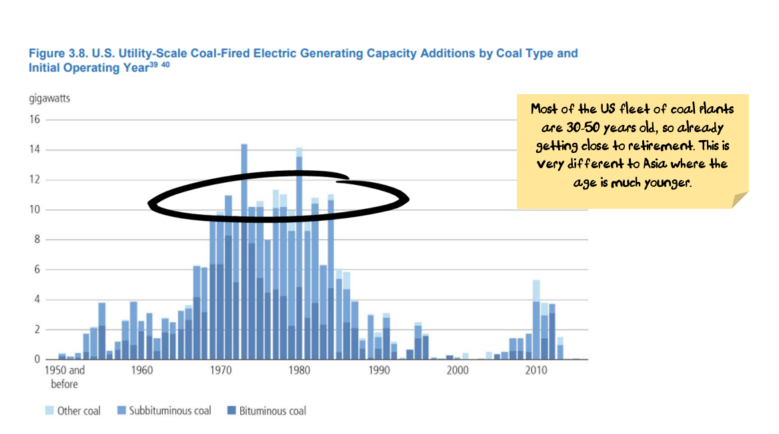 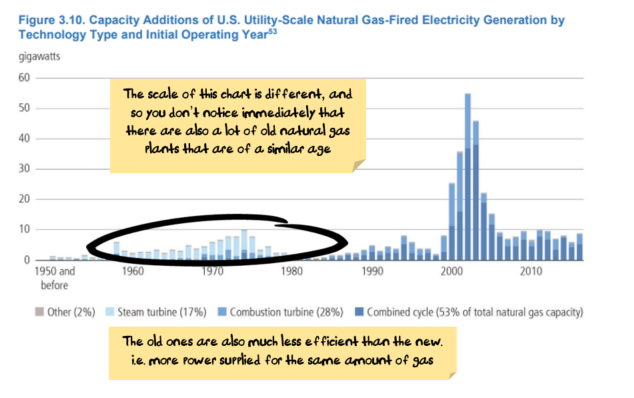 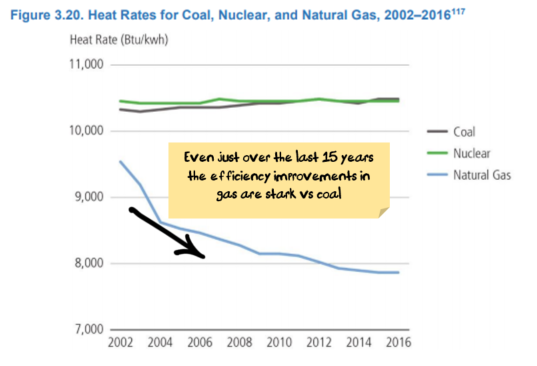 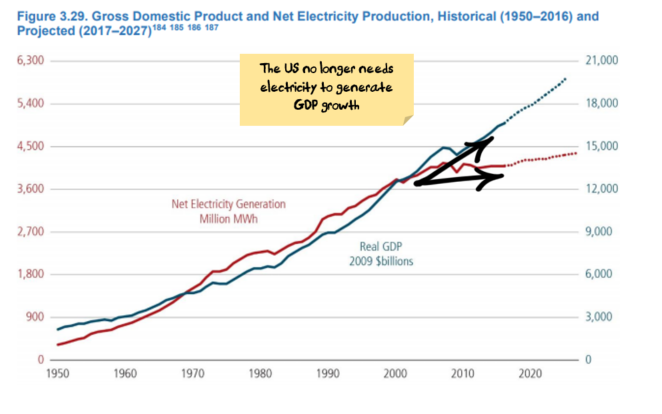 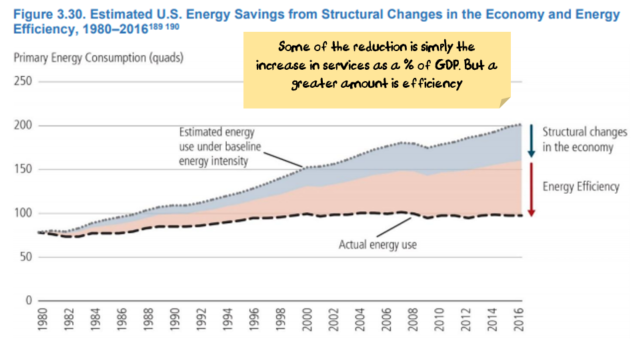 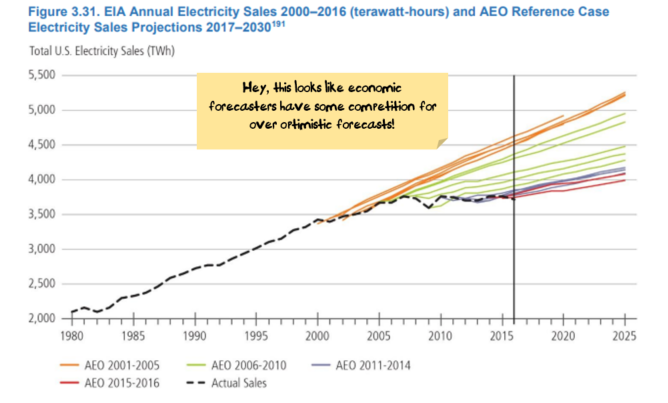