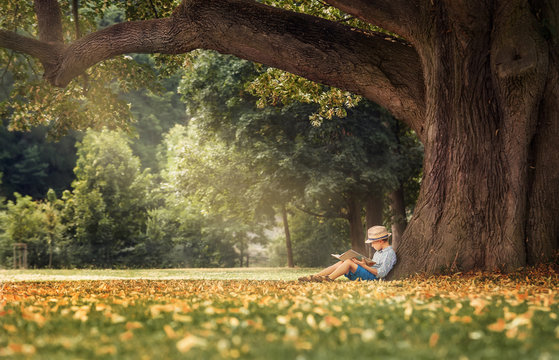 “Someone’s sitting in the shade today because someone planted a tree a long time ago.” – Warren Buffett

As the final chapter in the ‘L’ retirement planning series, we now need to consider the final stages of life, your legacy and for many good reasons.

The Baby Boomer generation has been the most prosperous in the country’s history. Since 1946, there has been no war on home soil, several property booms, and significant economic growth, with the most recent growth phase lasting for 27 years – a world record.

As a result, more than $3 trillion is estimated to change hands in Australia over the next 10-20 years as part of the most significant intergenerational wealth transfer in history. This alarming move comes because more than half of Australian parents have not discussed their Will or legacy with their children.

There is an ancient Chinese proverb (富 不过三代,) meaning ‘Wealth does not pass three generations’. Another descriptive version is ‘The first generation buys the ox, the second tends to it, and the third eats it’!

Unfortunately, even in Australia, this saying rings true, with research estimating that 70% of families will lose inherited wealth by the second generation and 90% by the third generation. You can only presume that the primary reason for the degeneration of wealth is that the ‘tough conversations’ are not had or had far too late.

Statistically speaking, the intergenerational transfer of wealth is done poorly, so let’s run through a few options today to ensure success in your (post) retirement planning.

When there is no Will, it is a free-for-all in working out who should take control of the estate. Every state and territory has its intestate laws, which dictate, sometimes unfairly, the outcome of your assets. There is also a prevalence of superficial or old Wills, which can cause issues. For example, some people had a Will done for free (with conveyancing), which said, ‘everything to my spouse if he/she survives, then everything to the kids equally’.

This can result in a substantial amount of money suddenly being dropped on unsuspecting (and potentially financially inexperienced) adult children, increasing the chances that your life’s work is then dissolved, as per our Chinese proverb.

This said, structures can be put in place to help manage the transfer, such as setting limits around what the beneficiaries can do with the inheritance. Another advantage of paying super into a trust is that the trust can distribute the money to those who cannot receive a direct death benefit from superannuation, for example, grandchildren.

Another meaningful discussion is around enduring powers of attorney and enduring powers of guardianship. These powers are becoming more relevant, as frequently people’s bodies continue to function while their cognitive capacity does not. Careful thought is required to avoid problems, such as one child gaining control and wielding it over siblings or taking advantage of an incapacitated parent.

Super works both on and off the perch

Superannuation is considered a non-estate asset, so it can be essential to make sure it works alongside the Will. In practice, this means that you can direct money from superannuation to one (or more) beneficiaries, and your remaining assets can then be distributed from your will.

The tax implications are also worth considering; if the super benefit is paid directly to a non-financially dependent beneficiary, such as an adult child, then the taxable component of that benefit will incur a 17% tax. Alternatively, if the same service is paid to the estate via a trust, which then distributes the payment to the beneficiary, only 15% tax needs to be paid. When paying to the trust, the 2% Medicare levy does not need to be included.

A binding nomination can be made during the accumulation phase and the pension phase, unlike a reversionary nomination that can only be made by someone who has started a pension.

Likewise, using a power of attorney arrangement, the parent can stipulate that if they lose capacity, then the full benefit should be withdrawn as close as possible before death (if the adult children are no longer tax dependents) so that it comes out tax-free. If it were to be withdrawn after death, then tax from 15-30% may apply to the death benefit. Worth a look if you feel this situation could happen to you.

Charity starts with you

Giving to charity is an increasingly popular option, particularly when a large estate is involved. Baby Boomers can be reluctant to leave tens of millions of dollars to their kids as they fear they will then be lazy and the inheritance will ruin their lives. In these cases, they might want to leave $2-5 million to each child (perhaps through a testamentary trust that offers some controls), but then the rest of the estate is given to charity.

Generally, charities prefer money with no strings attached, but if a client has strong views and is donating a considerable sum, they can set conditions. For example, the donation could establish a particular scholarship for those who want to study veterinary medicine but come from a disadvantaged background.

Another option is to include the children in the act of giving to charity. This can be done by setting up a charitable trust in which the children (or other beneficiaries of the estate) are involved in deciding which charity to allocate money to from the trust each year.

As the size of the expected inheritance grows, so does the impetus to ensure that it is protected, maintained and distributed correctly. For amounts that warrant the cost of establishing and keeping, a Private Ancillary Fund may be appropriate.

The PAF can be established and running before the person’s death and can be a way to improve the children’s handling of finances.

Of course, there are legal and implementation costs, which are not trivial, but in return offer several benefits for the soon to be remembered. Things like the ability to have an honest conversation around the intent of the capital in the PAF, along with the satisfaction in knowing that their loved ones can have some input into the direction of the proceeds and be involved in the fine art of philanthropy.

As a financial adviser, one of the more critical aspects of ensuring the ‘ox proverb’ is avoided is helping clients build a team around them. In this instance, an estate planning specialist and accountant are particularly important. The adviser, estate planner, and accountant must work closely together to achieve the best outcome for the client.

Including children in discussion with the financial adviser, estate planner and rest of the team can be one of the best things to do, mainly if the parents’ affairs are complex — for example if they own and manage a business that generates significant revenue. It is relevant to note that although the children can be included in discussions, the parent must complete the formalities of their Will without the presence of any beneficiaries to ensure there is no undue influence being exerted on them.

All in all, there are great benefits to considering what legacy you want to leave. Not just in terms of money, but in terms of the impact you want to have on the lives of people after you have gone.

I hope you have enjoyed this journey through the Ls of retirement planning. If you would like to know/read/hear more, feel free to head over to our website or be in touch.

If you haven’t already, feel free to check out the other ‘Ls’ – The introduction to the L’s, Longevity, Liquidity, LIfestyle and Legacy.

Tim Fuller is Head of Advice at Nucleus Wealth.

Head of Advice at Nucleus Wealth