Chant West returns released its returns for superannuation funds for last month and a preview of the March massacre. Our funds beat the benchmarks by up to 3.7% in February. In March returns to date our funds look to be beating benchmarks by closer to 10%.

We moved decisively into international cash and bonds at the end of January and out of shares.

It is unclear which day the quote was from. As at the close on the 19th, the ASX 200 Accumulation index was down 32% from the start of February. Our growth fund is down 0.79%: 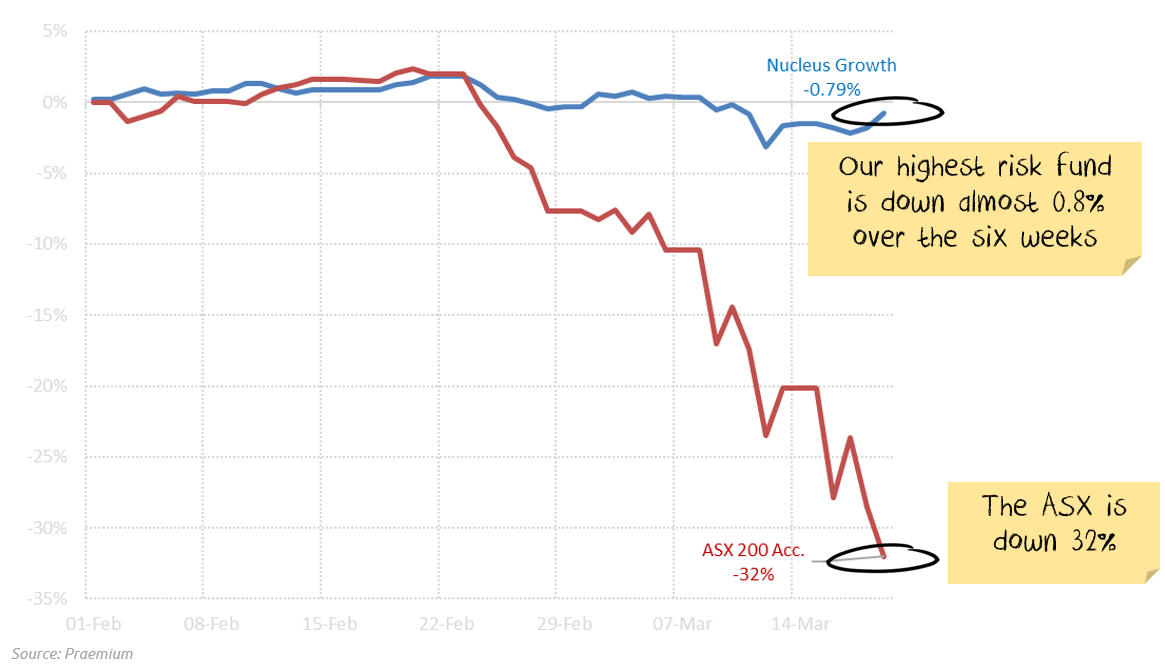 Many superannuation funds also hold significant levels of unlisted assets which they value themselves, most likely inflating returns.