I’ve got a few quick thoughts on Victorian vaccine targets because I would love to get out of lockdown a few weeks early, and I think we have the wrong vaccine policy settings to do that.

Now, don’t get me wrong. We are only talking a few weeks either way, but the policy changes are simple. And two weeks will make a big difference to the mental health of many!

Our goal is to get to 80% of the eligible population with two shots as fast as possible. But Pfizer supplies are falling 20% in October:

Pfizer supplies were projected to decrease in all states and territories from September to October: 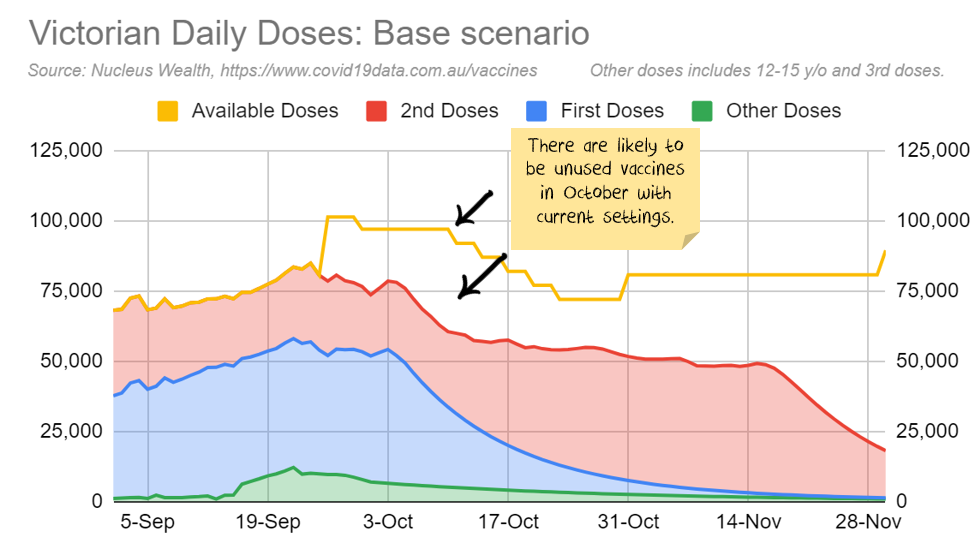 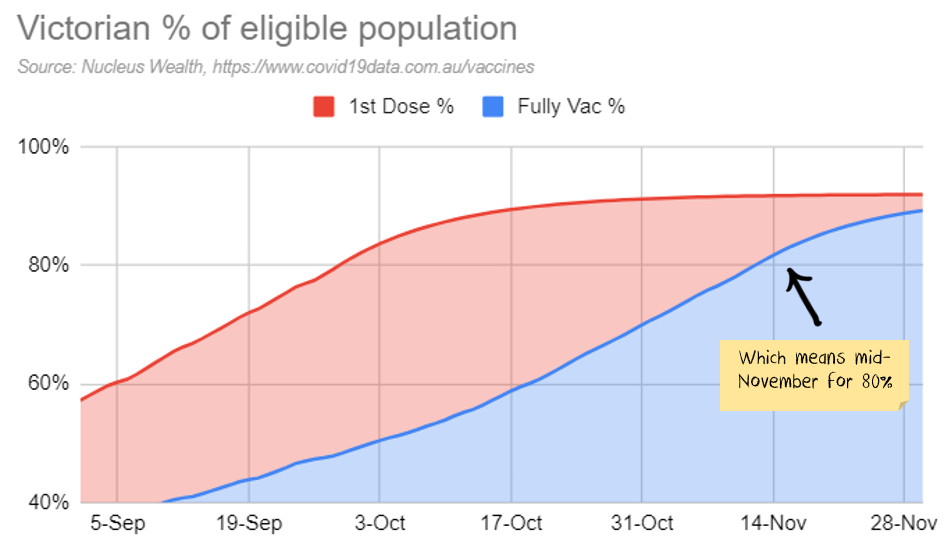 The Victorian target is to get 1.7m (16y+) to have a second shot. The advice is not to mix shots. So having more Moderna doesn’t help these people.

Recommendation 1: Switch as many people getting the first shot to Moderna or Astrazenica as soon as possible. Particularly 12-15 year olds. We need to use the limited Pfizer to get people their second shot faster.

In August, Victoria changed to make it six weeks between shots rather than three to get the first dose sooner to as many people as possible. This was the right move at the time. Now it isn’t.

The problem is that someone who had a shot today turns around and books their second shot in six weeks. So, by definition, if we reach 80% with a first dose in the next few days, the best possible result would be to get to 80% second dose six weeks later. i.e. Mid November.

Recommendation 3: Message everyone who has booked a second shot and encourage them to book an earlier shot.

Make these changes, and we should be out two or three weeks earlier, using up as many vaccines as possible in the shortest time: 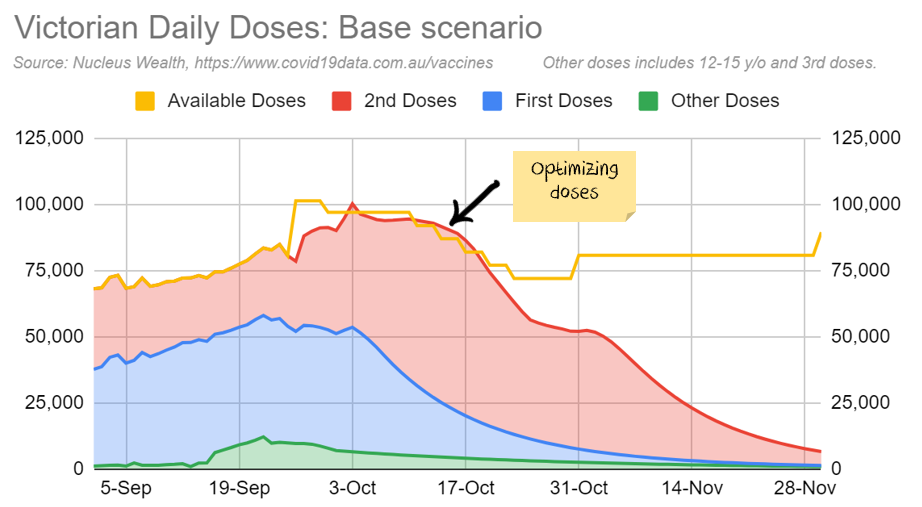 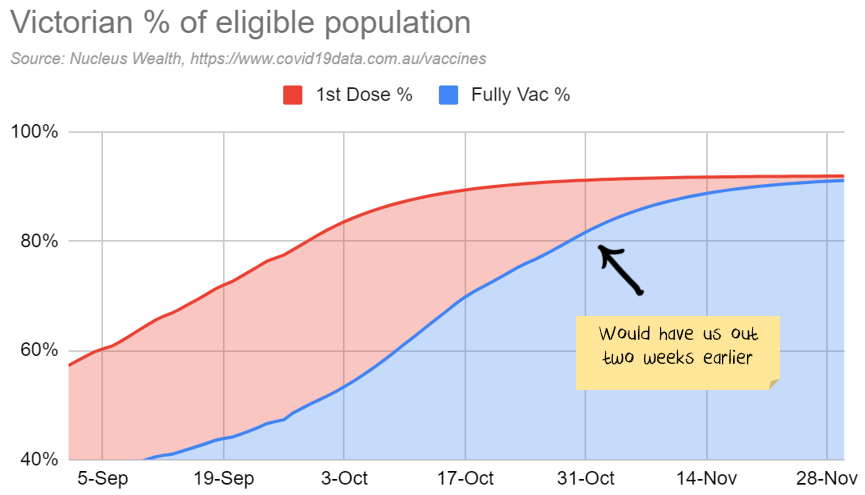 We are working with an optimisation problem. Please Dan make some changes and let us out early!