Putting a portfolio together sometimes feels like catching waves: you position the portfolio for a number of themes, wait for the right wave to lift the performance, and then readjust your positioning for the next wave. The 2019 year to June was one such year with all of our tactical portfolios picking the right swell and delivering strong performance. Three out of four of our tactical funds delivered returns that put them in the top 10 of superannuation funds (according to Chant West) and the fourth was just outside the top ten: 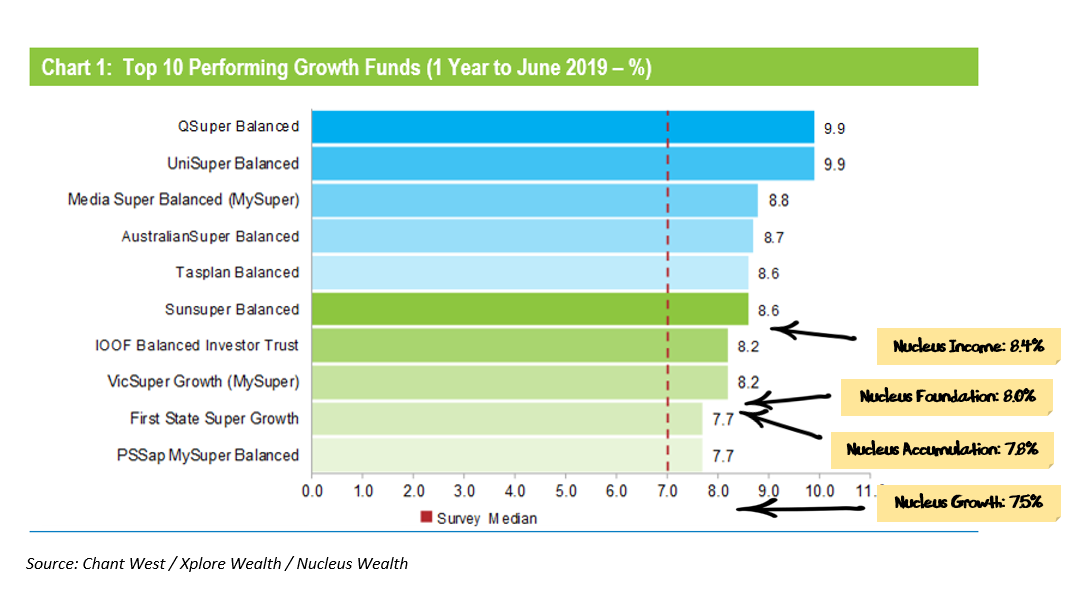 Some of these categories don’t precisely match our asset positioning but, for the most part, that would only make our performance look better – our income fund in particular returned 8.4% while carrying less than a 20% weight to growth assets for most of the year:

Now we are waiting for the next wave building on the horizon.

We are not expecting this one to be anywhere near as pleasant. Assets are priced for perfection and we are expecting conditions to be far from perfect: corporate earnings are clearly weakening globally, inflation is weak globally, central banks know that they are out of ammunition and are begging governments to borrow, largely governments are ignoring them. The one major exception is the US, although borrowing to give companies and the richest 1% a major tax cut is not what central bankers would have preferred.

Australian growth plans are only slightly more advanced than Europe’s: 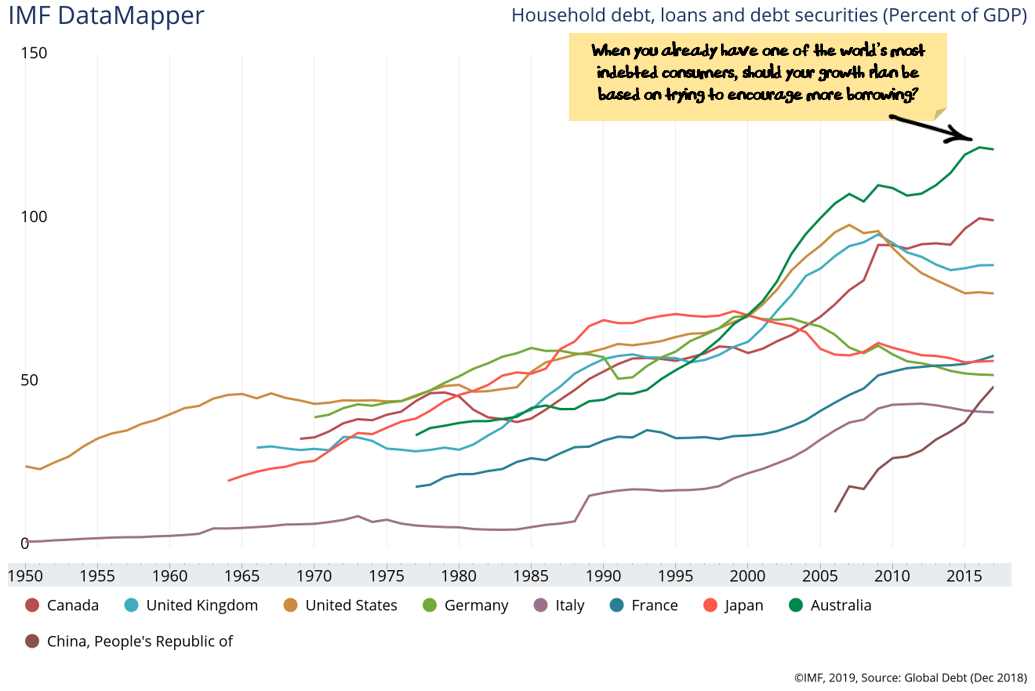 The current Australian government’s economic plan is to try to re-ignite the housing boom by convincing the world’s most indebted consumer to borrow more.

At the moment the plan has four parts, the first being relatively simple: target the main group that isn’t already geared to the eyeballs (first home buyers) and encourage them to borrow up to 95% of the value of a house.

The second part is more complicated. The royal commission into banking deemed the banks were breaching responsible lending rules and APRA (the regulator in charge) was pilloried for being too close to the banks and allowing banks to set their own standards. This slowed the meteoric rise in debt and saw house prices tumble. The current government’s response has been:

A cynical observer might think that the current government’s plan is to encourage banks to resume lending irresponsibly. It is admittedly hard to come up with an alternative motive for its actions.

The third part of the plan is subtle. The Reserve Bank of Australia has been publicly begging the government to spend money on productive infrastructure in order to boost jobs and get wages to grow. The government is refusing, which effectively leaves the Reserve Bank no option but to continue to cut interest rates, and lower interest rates will presumably encourage Australia’s indebted consumer to become even more indebted.

The fourth part is back to simple. When your existing citizens are too indebted to borrow more, you need to get some new citizens: 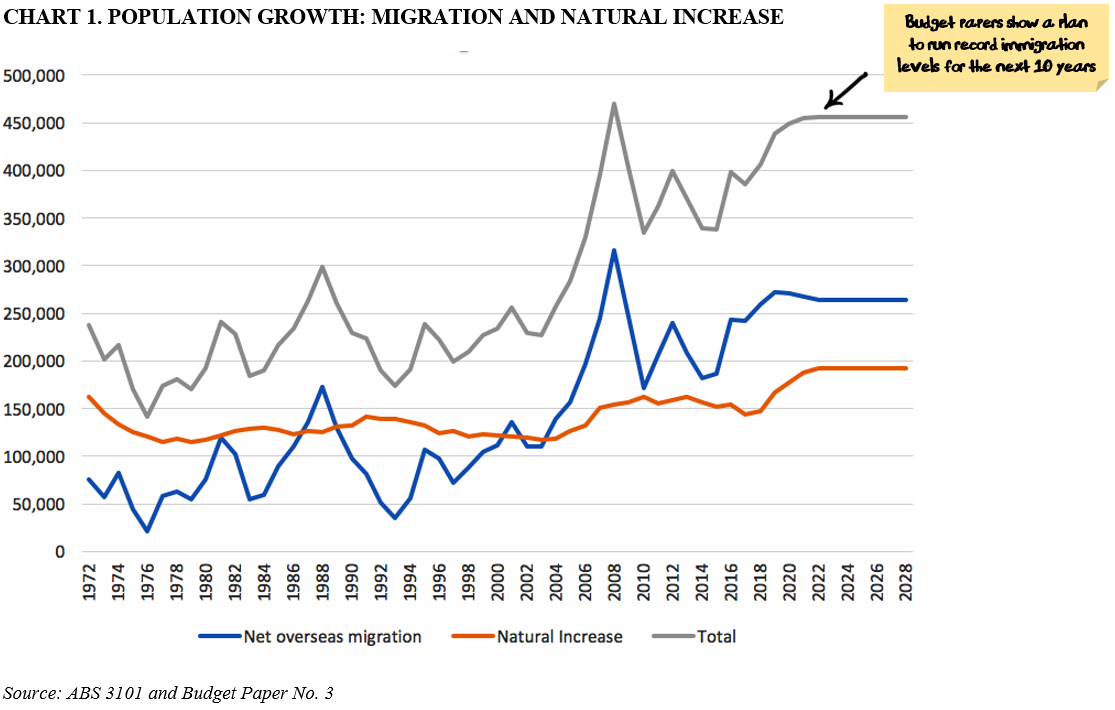 Maybe everything will work out fine. History suggests otherwise.

While we were expecting Australian ten-year bond yields to fall to these levels (1.3%), we weren’t expecting them to fall so quickly – the last 6 months has been dramatic.

The low yields present an asset allocation quandary. I was hoping that by this stage we would have seen equity prices that were more reasonable, giving us the opportunity to switch out of our bonds and into equities. But equities are looking expensive. Not irrationally expensive, but certainly more expensive than we would have thought given the uncertain and low growth outlook. So are now holding lots of cash, looking for the right opportunity.

Stocks reversed their May falls into June. Our portfolios are showing the signs of being overly defensive, underperforming over the month. We are comfortable with the view that the defensive position is warranted – if markets shoot higher then we will underperform but we think the trade-off is warranted given that downside protection is more important at this point in the cycle than chasing stock markets higher: