Global equities finished the month with the best quarterly performance since 3Q 2010. Of more interest to our investors though: we have had a change of heart and made some significant portfolio changes. Our assessment is that “we are not in Kansas anymore” and, while we will return to the real world before the end of the movie, the investing environment for the next 6 to 18 months needs a different asset exposure.

In March, the rise in global equities wasn’t as sharp as January/February’s optimism over increased central bank dovishness gave way to worries over global growth slowdown, U.S. yield curve inversion, and looming recession concerns. In particular, we are seeing a divergence between bonds, which are pricing a slowdown, and equities which are pricing renewed growth – which in the end meant that asset allocation was less important as both bonds and equities were rising in price.

We have been arguing the overweight bond case for six months now, but we are putting that view on hold. Not over the longer term, we still believe secular stagnation, low inflation, low wage growth and an overly stubborn Reserve Bank of Australia will drive Australian bond yields lower. However, for the next 6 to 18 months we believe the debt push in China will provide a burst of growth that needs to be recognised in our investment positioning.

Our core thesis over the past ten years has been that China’s growth is, in the words of its own Premier, unstable, unbalanced, uncoordinated and unsustainable. China is running a Gerschenkron economic growth model, which has been run by many countries in the last 50 years including Russia, Japan, South Korea and a number of Latin American countries. The model works like this:

China spends around 50% of its GDP on capital expenditure, mostly housing and infrastructure, which is far in excess of other countries, even those like Japan or South Korea that followed a similar growth model.

So, our view is that China will structurally try to manage away from this growth model as the debt burden required to maintain that model increases every year.

However, vested interests made a fortune from the rise of China, and they don’t want the party to stop. More bridges, more apartments, more airports and more train lines. China’s growth model was unsustainable in 2010 and is less sustainable now. But there is still scope for the model to be pursued for a considerable period of time – with less and less of an effect every year.

We expect Chinese growth to grind lower, where minor measures will be attempted to improve growth (with little effect) until growth slows enough or vested interest bleating becomes loud enough for another round of stimulus.

It seems clear now that the spectre of a US/China trade war, combined with slowing growth both in China and globally has been enough to spark another round of debt stimulus in China:

To be frank, we thought the January stimulus was partly due to timing issues with Chinese New Year and catch up for the winter shutdowns. The decline in non-bank loans in February re-inforced that view. But March data makes our view from earlier this year look wrong.  It’s too early to know for sure, and Chinese authorities may turn this off just as suddenly if there is a trade deal, but for the moment we are treating this as a fundamental change. 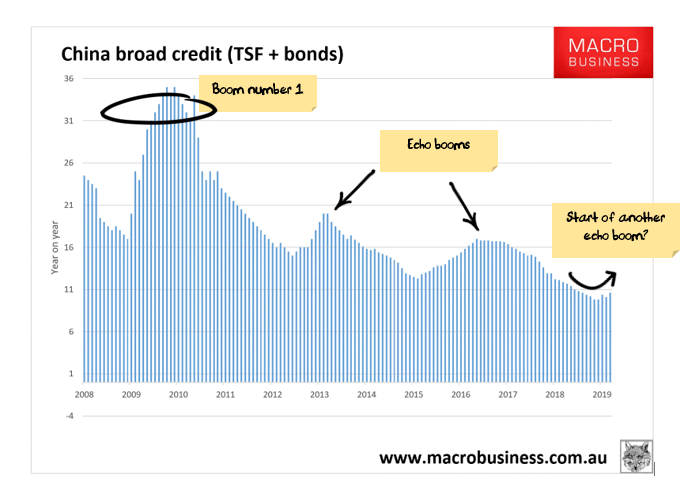 But we do think things will be somewhat different this time. 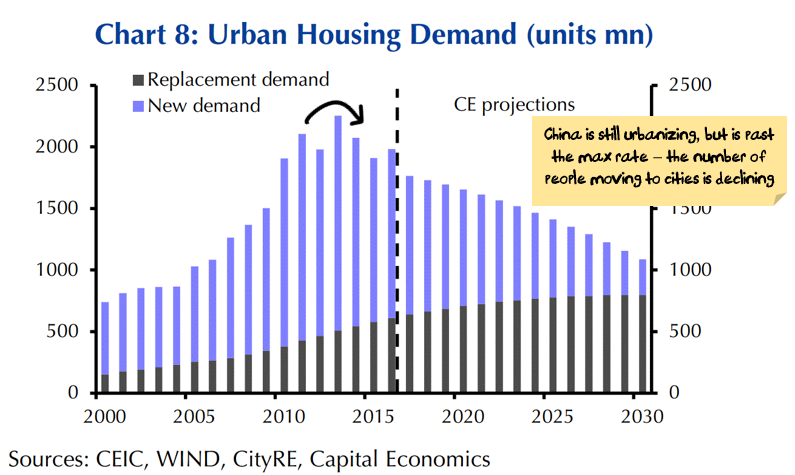 The Chinese stimulus currently looks more targetted than prior lending booms so as not to add to the problem. i.e. the focus is on avoiding too much more homebuilding.

However, increases in lending are a blunt instrument – we fully expect a chunk of the increased lending to end up in the Chinese housing construction market: 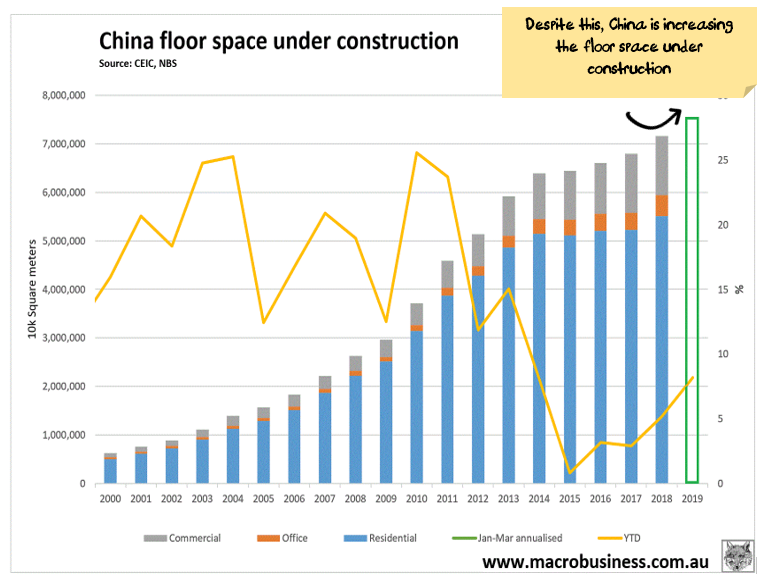 The differences between this time and the prior episodes are:

The aggregate of these factors means that while the effect will be positive for Australian growth, just not as large as prior episodes. The initial Chinese debt boom had the largest effect on Australian growth but each subsequent echo boom is having less and less of an impact.

The attribution charts of our International portfolio shows the greatest contribution (blue bars) came via the various technology sectors recovering from December lows, though the best overall performer in the quarter was our energy exposure. Geographically Europe and US stocks saw similar performance with Japan/Asia the laggard. 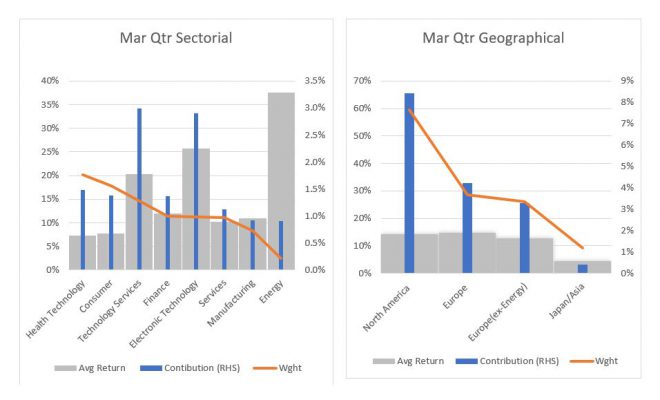 Given the March quarter proved a virtual retracement of the Dec quarter, we thought it interesting to breakdown at the two past quarterly performances. The Chart below shows their relative contributions to our International portfolio returns for the past 6 months. While Technology stocks saw the greatest swings, it was the Energy, Finance and Health sectors that saw the best net performance on a 6 month view. Europe surprisingly saw a better recovery than the US. 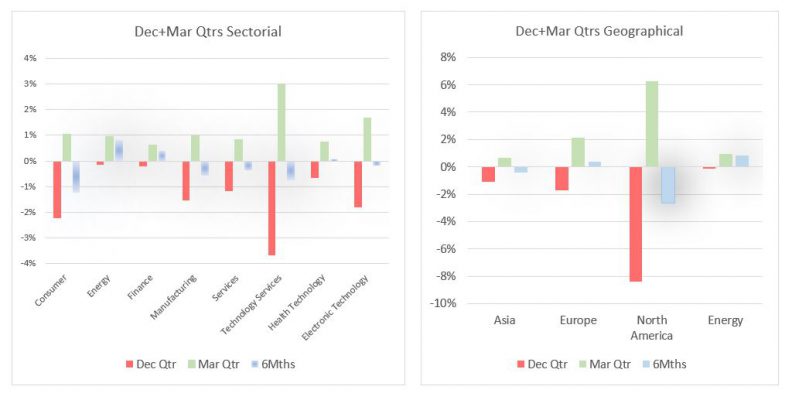 Both Australia and China have imbalances that will eventually be resolved. The influx of another round of Chinese stimulus will delay the resolution for both countries, and make the eventual resolution more problematic. However, in the short term, we expect the impact of the latest round of Chinese stimulus to be similar to prior episodes. This more positive outlook hasn’t been enough to convince us to significantly change our weight to Australian shares – Australian shares are still considerably more expensive than most international comparisons with poorer growth expected.

We retain large cash and bond balances to hedge against volatility and in the expectation that capital protection will be important during 2019. Our key focus is Chinese growth, gauging the extent of the slow down and the policy response.