Note: This is part 1 of our performance report looking at Australian and International direct share portfolios. Part 2 is the asset allocation performance report that will come out after the returns for comparable funds become available.

Inaction on a second American fiscal stimulus bill and a rise in global COVID-19 cases put pressure on stock prices in October. leading to a second consecutive negative return month on most global equity markets. Countries at the epicentre of the coronavirus resurgence in Europe were especially affected, with losses in Germany (-9%), France (-4.%), Italy (-7% ), and the U.K. (-5%) dragging down the global index. Asia proved more resilient with Australia, Hong Kong and some Asian markets posting positive returns. The US saw stock prices drop despite a relatively good quarterly earnings results season. Of the companies reporting by month-end, 86% had performed above Wall Street estimates vs a five-year average of 73%. Domestically the ASX200 had a good month with a 2% gain supported by the budget stimulus, rate cut hopes, takeover activity and an easing of Melbourne’s lockdown.

An extraordinary clash of conditions

Investment markets have a host of both positive and negative factors fighting for supremacy. The real question is whether central banks and governments will engineer a continued suspension of capitalism. I was sceptical six months ago. I’m less sceptical now that capitalism will return anytime soon.  On balance, however, there is still plenty of room for caution.

Short-term government policies to suspend capitalism (increased hurdle for bankruptcies, mortgage holidays, eviction moratoriums, banks not recognising bad debts, etc.) have morphed into medium-term policies. And, it is hard to see any government ready to exit. There is a quiet extension to each policy that lapses. 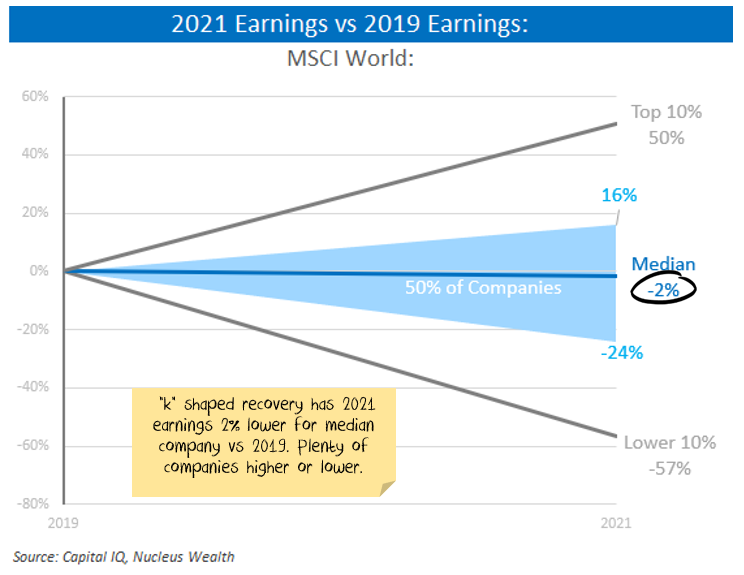 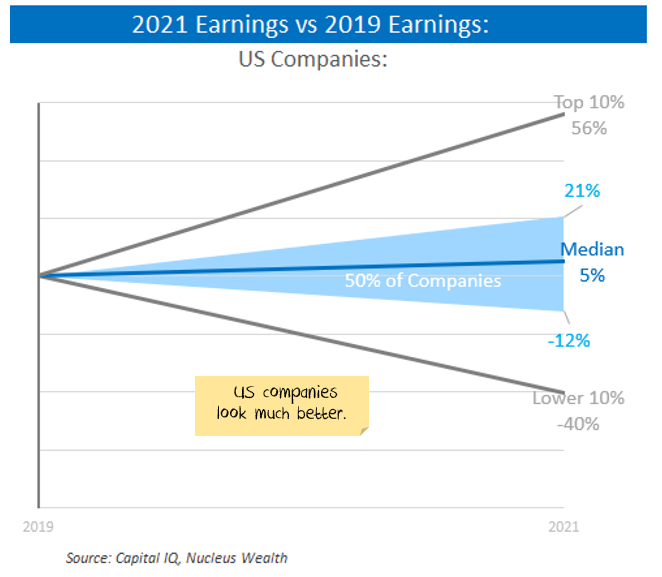 It bears repeating: the positive factors tend to be short-term, the negative ones medium-term. Will there be “clear air” for a few months before the consequences begin? Maybe. The stock market has had a lot thrown at it and is still holding up.

On the flip side, the risks are not symmetrical. The upside appears more limited than the downside. 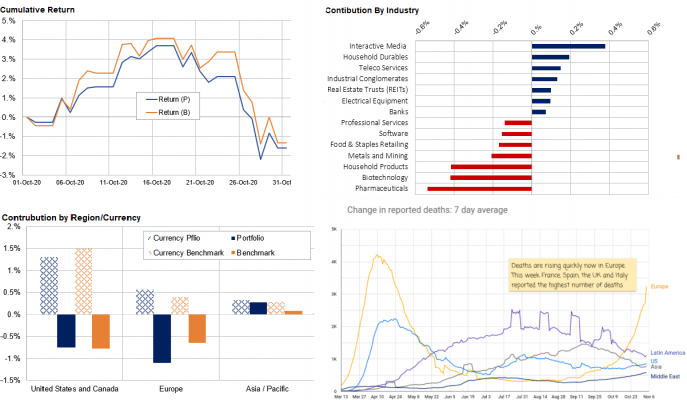 Our portfolio tracked just below its benchmark over the month. Currency once again proved a tailwind this month as a  weaker AUD offset declining returns.

Regionally it was Asia that outperformed this month. Europe saw the worst declines as countries imposed lockdowns to combat the Covid-18 second wave. The acceleration of deaths in Europe now threatens to surpass the initial surge.

The Core Australian portfolio closely tracked its index over the month. The most significant contributor was the jump in Coca Cola Amatil on the back of its parent’s take-over offer. Our portfolios continue to be lower risk than the market.

During October we removed Telstra and Ampol, included Computershare and built an initial position in Treasury Wines. Towards the end of the month, we took profits on our Rio Tinto exposure as we see risks to the iron ore price and down-weighted Ramsay given its European Hospital network that we see as vulnerable to European lockdowns. 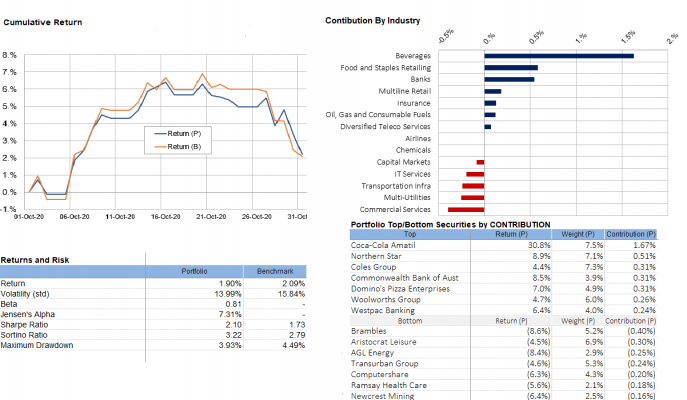