One day the Australian government told us they had the right level of stimulus. The next they announced a miscalculation by a cool 3% of GDP but assured the public that the new level was also correct.

Which begs the question: in today’s world, is government stimulus ever wrong? Surely moar stimulus good / less stimulus bad for investment markets is too simple. Although some days it doesn’t seem like it. 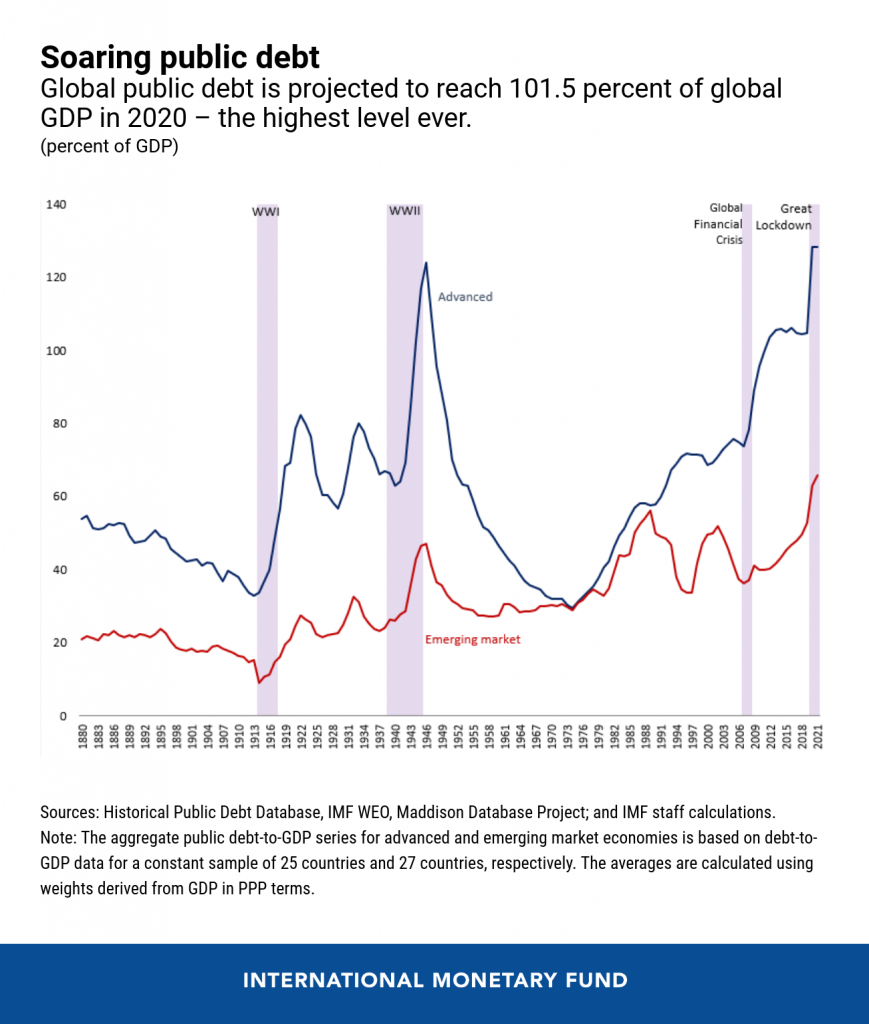 There are a few different frameworks investors should examine stimulus through:

First, I want to take you back to the OG economists, Adam Smith, Ricardo, Marx. Let’s use a restaurant as an example of how they examine the factors of production:

I’m going to extend this further. Let’s say we live in a country with only four industries: a factory, a restaurant, a bank and a grocery store. And coronavirus hits. The restaurant is deserted and running at a loss, with the owner staring at bankruptcy.

The question is, who is going to bear the brunt of the economic pain?

Net Effect: Through this lens, the government stimulus targeted to help entrepreneurs and workers at the expense of capital and land will be less disruptive. I’m not making a moral judgement here about who “should” bear the pain. Just about which government policies and stimulus will have a more effective short term economic impact.

For example, subsidising a new factory or worker salaries, cutting taxes or regulation tend to be supply-side reforms. In particular, China has launched a number of these programs.

On the other side, demand-side involves more significant government consumption and income support for citizens.

The world is severely lacking demand. So, supply-side stimulus is not going to have the same impact, except indirectly by employing more people.

The other problem that supply-side stimulus creates is more trade tension. Say China subsidises the manufacture of more toasters through a mix of underpriced infrastructure, tax cuts and regulation. But there is reduced demand in China, and so these toasters need to be sold overseas. When the US government sends a cheque to an unemployed US citizen who uses it to buy a new toaster from China, the US has effectively subsidised a Chinese job. The US would much prefer their stimulus to be spent on a US toaster made by a US worker. And so China’s supply-side stimulus is likely to see trade tensions escalate.

Net effect: to fight the coronavirus impact, demand-side stimulus is better than supply-side. With the caveat that supply-side will work if you can “steal” demand from other countries.

Governments: Adapting or clinging to the past

It was eminently reasonable for governments to put into place policies to “tide things over” for a few months in case there really was a V-shaped recovery. But these policies become self-defeating quickly.

Take, for example, the analysis above suggesting that keeping entrepreneurs afloat is a good policy. Many governments have suspended insolvency laws in some form which helps in the short term. But if this gets extended for too long, then it quickly becomes a more significant issue as moral hazard takes root. Say we have an industry with nine honourable retailers and one dishonourable retailer being supplied by six honourable suppliers:

Net effect: policies that help people and companies adapt to the new economic reality are good. Systems that try to maintain the old economy may have been helpfully initially, they no longer are.

Economic inequality was already reaching relatively extreme levels in many countries. Coronavirus shutdowns are increasing that difference. Many lower-paying jobs cannot be performed from home, plus casual workers were the first to lose their jobs.

Central bank bond-buying leads to more inequality. It is up to governments to reverse this through stimulus.

If they don’t, the greater economic inequality will lead to the election of increasingly extreme politicians and demagogues, promising snake oil solutions to the masses.

It is time to move on. New policies are needed that assume the virus is with the world for an indefinite period. Investors should factor in low growth if tax cuts and supply-side stimulus dominate. And investors should also factor in increasing trade tensions.

The initial policy dump by governments and central banks was, for the most part, quite effective but focused on short term fixes. Economists and investment markets widely lauded these policies. The most significant growth risk is if politicians simply extend the short term policies, particularly the rules around insolvencies.