Central banks worldwide, particularly in the US, have promised to tighten financial conditions.

What this means, broadly, is two things:

Over the top of this scenario, supply chain problems emerged:

Spending on supply chain efficiency boomed. We expect that supply chains will be significantly more efficient once the traffic jam clears. However, as supply problems were starting to ease, they were hit by two additional events:

Neither of these problems has a short-term fix.

Without a regime change, Russia will likely remain under sanctions for years, regardless of the Ukraine outcome.

China has crafted a narrative of Western ineptitude leading to millions of unnecessary deaths from COVID. However, Chinese vaccines have not been particularly effective, and vaccination rates remain low among the elderly. Until China changes the narrative, it will likely face rolling lockdowns for months.

1. Will a recession be needed?

None of the above problems are solved by higher interest rates.

The response from central banks has been to signal that they will slam on the brakes. The expectation is that central banks will beat demand down to the level of supply. At the same time, governments have hauled on the park brake. We have a record amount of government stimulus being withdrawn from the market.

This all may be the right policy for constraining inflation. Maybe world demand needs to be beaten down to much lower levels. But, it is not a good recipe for investment. And a recession is the likely outcome.

Government bonds are the furthest advanced. Stocks are well into the process. Corporate bonds have started, but have a lot further to go. Houses have stopped rising, but are really only just beginning. 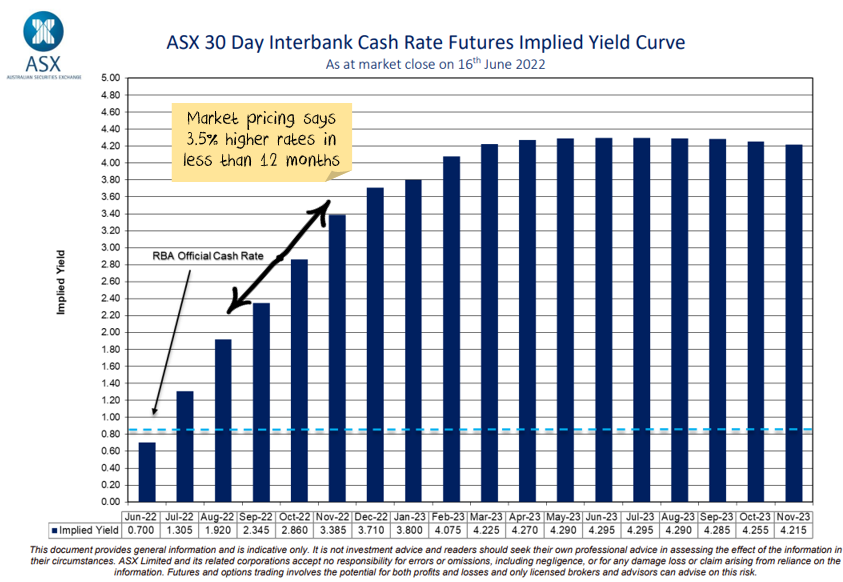 Government bonds have moved to levels far above recent rates. They reflect significantly higher interest rates for a concerted period of time. In Australia, the market is pricing rates of almost 4.3% within 12 months. This is the equivalent of mortgage rates of around 7.5%.

This means there are two outcomes:

Can bond yields rise even higher? Yes. But I think we are close to the end game at current levels. i.e. 10y bond yields may go higher in the next few months, but they are most likely headed lower over the next 9-12 months.

Stock valuations are back to reasonable levels. 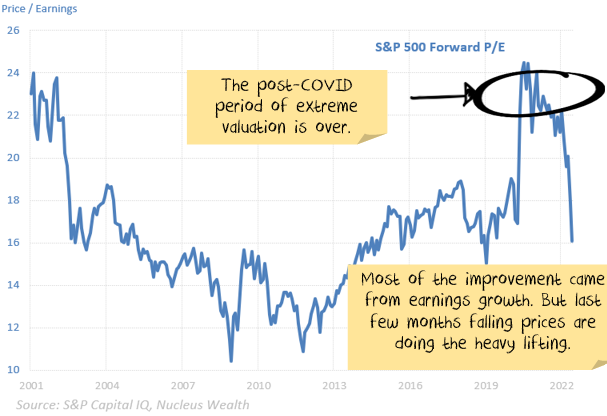 Valuation does matter. But earnings growth matters more. In a good year, earnings can easily grow 20% or more, making an expensive market fair value. The danger is that earnings can also fall quite precipitously. And today, in my assessment, that is where the danger is.

Earnings forecasts are still for another 20% combined growth over 2022 and 2023. In the face of a recession, that is heroic. Even if there is not an economic recession, I’m expecting a sharp slow down in profits.

The absolute level paid by corporates has risen with bond yields. A better measure looks at the spread that corporates pay over governments.

For the riskier exposures, levels have moved to more normal levels. 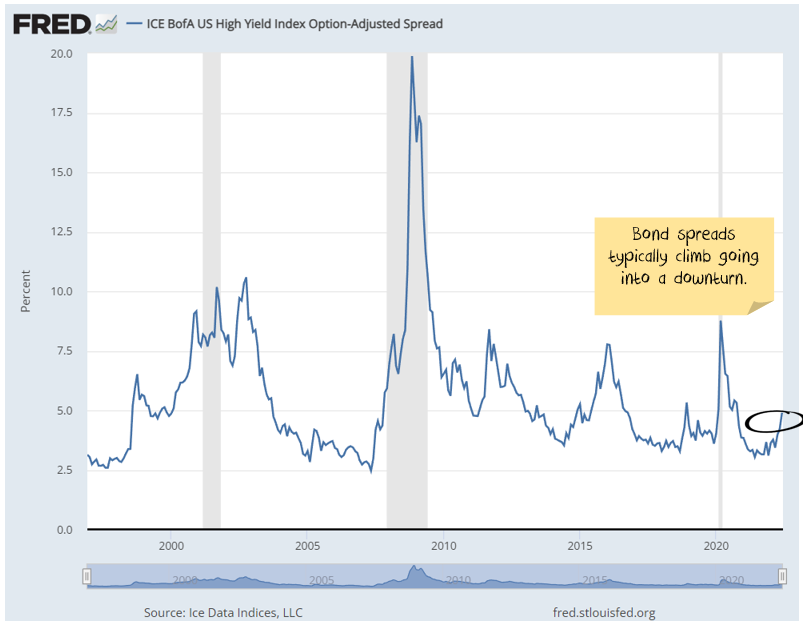 For more typical companies, while spreads have risen, they are still low relative to history. 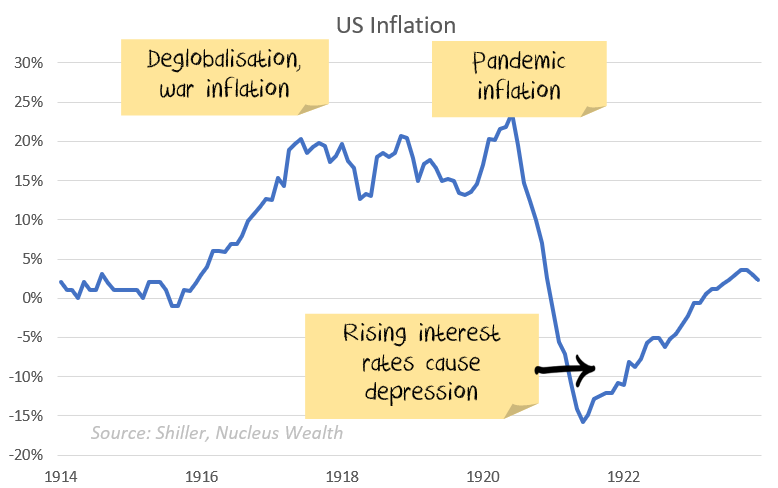 And the mix of higher volatility, leading to deleveraging of risk parity trades, and momentum means yields could yet go higher. We are starting to invest for bond yields to reverse.